Train tunnel, raves and BMX in the middle of nowhere…

Today I walked in the area north west of Privett in Hampshire, following some of the old railway line. I started at the Angel, a restaurant and hotel, originally built for rail users:

Not sure why there was a station a mile from the nearest village. Rumour has it that the owners of Basing Park next door insisted on it. There’s a fancy station building opposite the hotel, which is now a house: 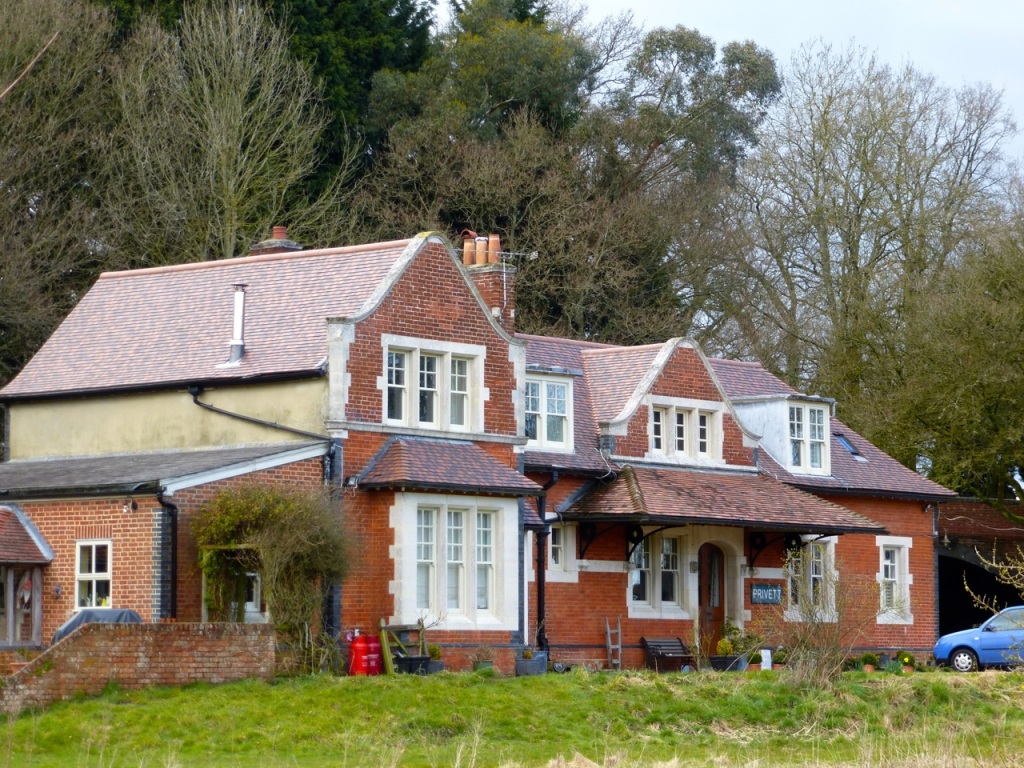 The line led under the A32 here and you can climb down a steep cutting and see through to the old station. The area is used for fly tipping, next to the railway cottages: 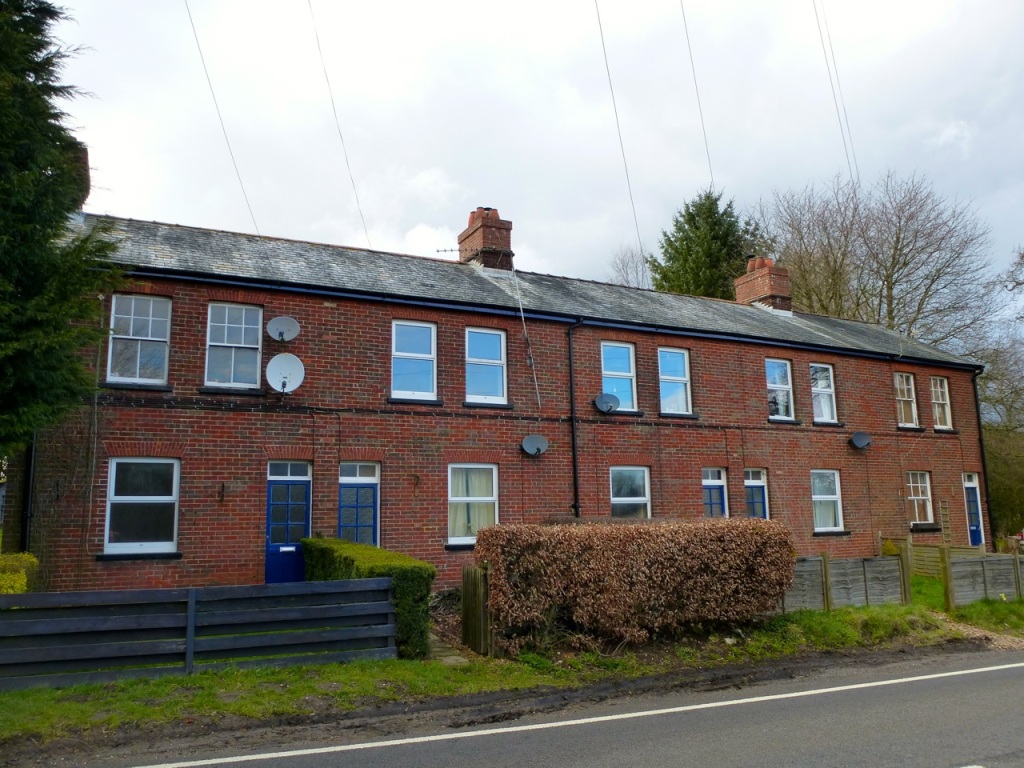 Having followed the disused railway north to Woodside Farm, where some work was being done on the site of an old rail bridge, I headed east then south, circling Basing Park. Just past the house and Broom farm, on Hempland lane, is the north end of the tunnel:

The tunnel is sealed apart from a gap at the top to provide for a bat sanctuary.

After just 50 years of use the Meon Valley Railway Line was closed in 1955. Sometime in the last twenty years, the deep cutting to the north has been filled in:

Back in 2008 I found the south entrance to the tunnel:

Apparently it’s owned by a local builder. When I visited five years ago, the door had been left unlocked, so I ventured inside, calling out first to see if anyone was in there, my voice echoing far within. No reply.

It looked like the entrance area was part of the late 80s rave scene:

Further in, past some building supplies and a skate ramp, there was… nothing. I made my way deeper. I had no torch and checked the way was clear using my camera flash. After a while though, I started to be concerned that someone might come to lock the door and so didn’t go any further. I read that in the middle is total darkness due to the S shape of the tunnel. 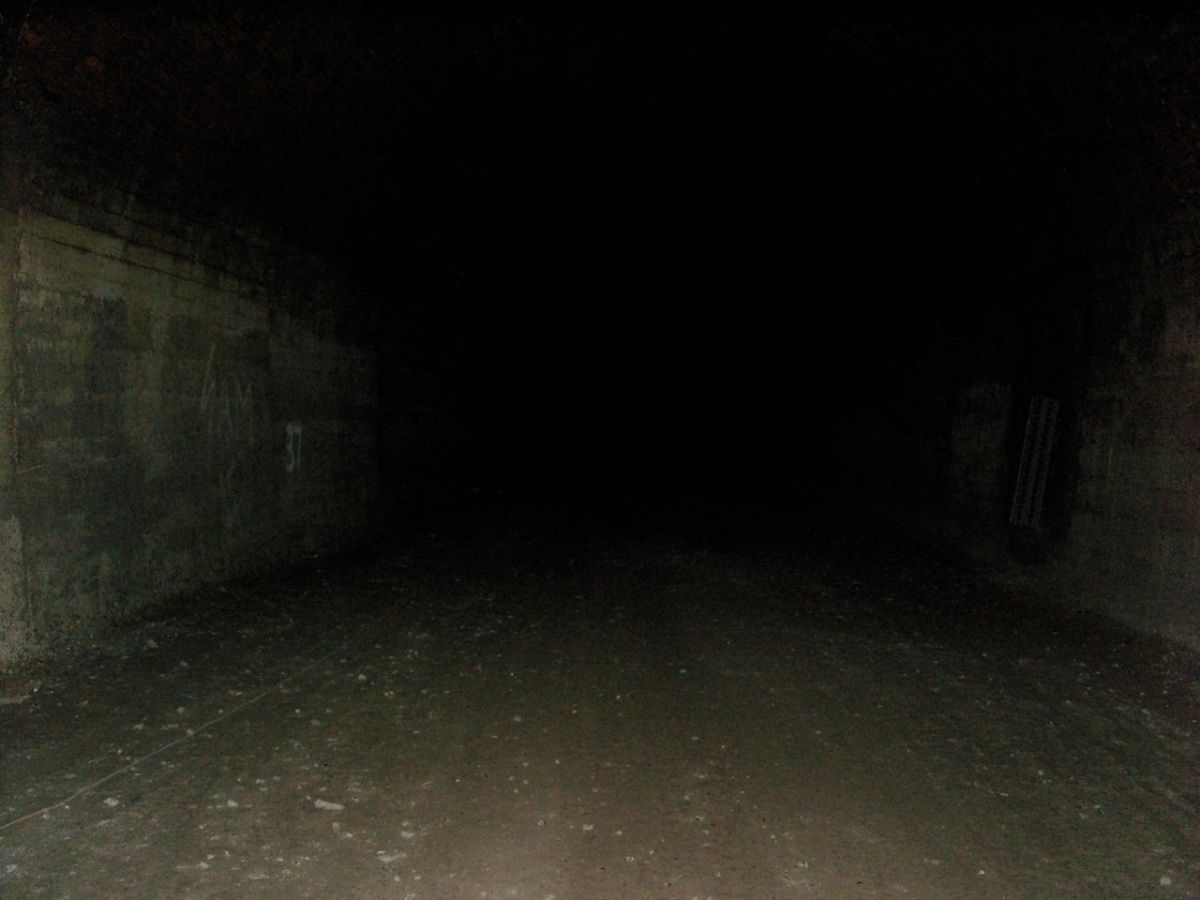 I also read that one man died building it, and another dug himself out after a partial collapse while digging the 1000+ yards.

Back home, during internet searches, a Nike video kept popping up in the results. I ignored it thinking Google was just emphasising the word ‘tunnel’. But no, a year after I was there, Nike 6.0 sponsored the building of cutting edge BMX ramps in the tunnel and held the Tunnel Jam competition. The best BMX riders in the world, in a tunnel in the Hampshire countryside! Here’s some photos by Nuno Oliveira: 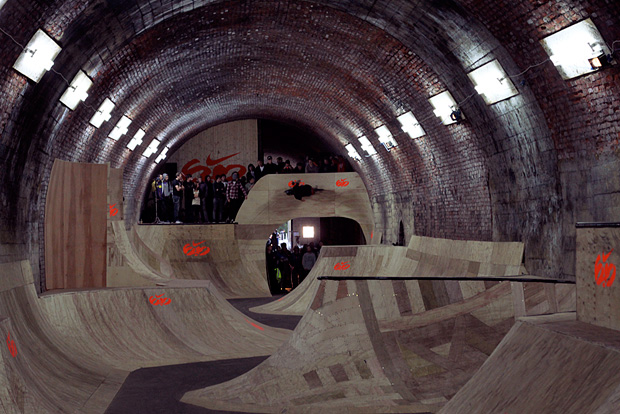 Apparently it’s still all in there, usable only by those who know who holds the keys…