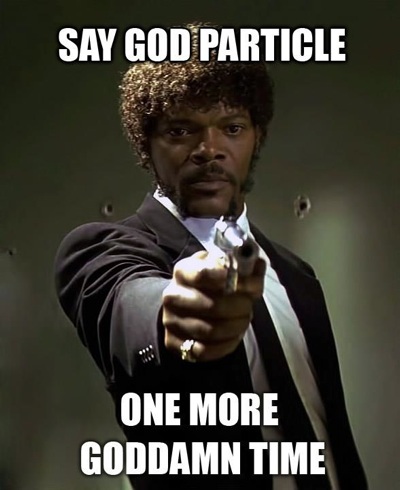 Peter Higgs (of the Higgs Boson Higgses) would like to correct a couple of misconceptions.

First off, the discovery of the Higgs Boson (if that is, indeed, what has been discovered) neither proves nor disproves the existence of a deity. In fact, the Higgs Boson has nothing to do with God at all. It’s important to physicists, sure. As we’ve talked about here before, Higgs Bosons are thought to be a key part of explaining why some sub-atomic particles have more mass than others. But that does not really overlap with religious significance. In fact, according to Higgs, the name “God Particle” is actually a politeness-corrupted version of “Goddam Particle”—so called because the goddam particle was so difficult to find.

Second: Over the last couple of days, you may have been wondering what practical applications could come out of the discovery of the Higgs Boson. Peter Higgs has a response for that. To paraphrase: “Damned if I know.”